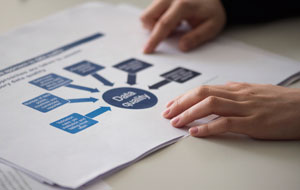 Supervisors rely on statistical information for all aspects of their daily work. Equipped with accurate supervisory data, they create risk profiles, analyse banks’ liquidity and, ultimately, assess whether banks comply with legal requirements.

“Supervisory data reveal a lot about the health of individual banks and the sector as a whole. They lie at the heart of every supervisory decision.”

One common approach to data collection

Data are at the heart of banking supervision and a truly European approach to supervision can only be achieved with comparable information.

Although EU regulators had previously set a European framework for data requirements, specifying the kinds of data that banks have to submit and how often, each country could apply them in a different way.

Now, with the establishment of the Single Supervisory Mechanism (SSM), the ECB and the national supervisors have developed a common approach for collecting data from the European banking sector. The frameworks for reporting have been developed by the European Banking Authority (EBA).

Comparable data have a lot to offer: they show trends and reveal issues in individual institutions, comparing one single institution with its peers and the banking sector as a whole. Reports collected by the ECB reflect, for instance, how sustainable a bank’s business model is and the nature of the risks to which banks are exposed. In short, they help the ECB to know where to dig deeper in its day-to-day supervision.

What does this mean for the banks? 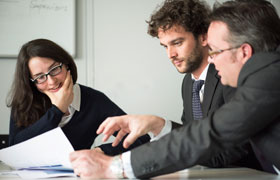 “Harmonised data collection doesn’t only ensure effective processing of data, it also reduces the administrative burden on the banks.”

The new reporting system for statistics means a change for all the supervised banks. All 4,600 significant and less significant banks have to report on the same key indicators and follow newly harmonised reporting guidelines. In less than a year, the different approaches of 19 national supervisors have been translated into one harmonised way of collecting and reconciling more than 24,000 data reports per quarter.

This is particularly beneficial for banking groups that also operate outside their home country, which, in the past, have had to deal with different national approaches and the extra administrative burden. The reporting requirements for the banks, namely what kind of data the institutions have to provide, are set out in EBA technical standards and supplemented by an ECB decision.

From raw data to key indicators 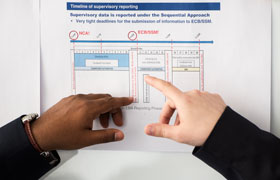 Data collection within the SSM follows a “sequential approach”: banks submit their data to national supervisors, who then report to the ECB.

The statistics team – comprising mathematicians, statisticians, IT professionals, accountants and supervision experts – has successfully created new internal databases, established workflows and produced key indicators. Data have to be processed as quickly and as accurately as possible, so efficiency is crucial. Quality checks have been built in at various stages, as high quality data form the basis of high quality supervision.

The team receives and stores the data from all the supervised banks working together closely with their counterparts at the national supervisory authorities. It then disseminates the data to supervisors who can gain useful insights into banks’ internal processes and controls from the quality of the reports.

FinRep is part of the EBA’s Implementing Technical Standards (ITS) amending the European Commission’s Implementing Regulation (EU) No 680/2014 on supervisory reporting of institutions under Regulation (EU) No 575/2013. Banks subject to International Financial Reporting Standards (IFRS) already use the FinRep templates to submit financial information in a harmonised format at consolidated level. Regulation (EU) 2015/534 of the ECB of 17 March 2015 extends this requirement to SSM banks reporting at sub-consolidated or solo level under IFRS and national Generally Accepted Accounting Principles (GAAPs).

CoRep is also part of the EBA’s Implementing Technical Standards (ITS) amending the European Commission’s Implementing Regulation (EU) No 680/2014 on supervisory reporting of institutions under Regulation (EU) No 575/2013. CoRep is used to collect Pillar 1 data and information on liquidity, leverage and large exposures from banks in a harmonised format. The templates cover both consolidated and solo reports.