What is the ECB’s role in bank mergers and acquisitions? 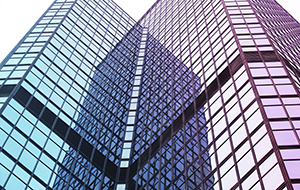 The role of ECB Banking Supervision in the consolidation of banks depends on the type of transaction the banks choose. The ECB has a formal role if the transaction between banks implies an acquisition of a qualifying holding or the creation of a new bank, or if the merger involves significant banks and the law in their country gives the power to approve mergers to the supervisor.

In any case, the transaction will be reviewed as part of the ongoing supervision of the institutions involved. This means that the supervisors assess the viability and sustainability of the deal made by the banks to ensure that the resulting banking group will be able to continuously comply with all prudential requirements in the foreseeable future. To this end, supervisors examine the business model of the bank that will result from the transaction. In particular, they check if the bank has adequate levels of capital and liquidity and if it will be able to maintain them over time. They also assess if the bank has strong governance with proper steering and is able to generate profits. To sum up: the ECB looks at the business plan, the projections in that plan and their credibility (including execution risk and comparison with peers) and assesses whether the resulting entity can ensure continued compliance with all requirements and buffers.

Bank consolidation can play an important role in removing excess capacity, enhancing cost efficiency and promoting more focused and credible business models. Cross-border consolidation could also support greater risk diversification and contribute to financial market integration, an important objective within the banking union. Still, it is not the ECB’s role to actively promote (or avoid) any form of bank consolidation. As a supervisory authority the ECB has to maintain a neutral stance and assess each project put forward by banks purely on technical grounds.

What is a bank merger and how is the ECB involved?

A merger (e.g. merger by absorption) generally means that the parents of two banks come together to create a new joint parent heading a bigger banking group. The balance sheet of the new banking group contains the assets and liabilities of the merging banks.

The ECB’s involvement in a merger depends on the law of the country or countries where the merging banks are headquartered. That’s because mergers are not regulated by European law, but by national law. If the law of the country in question grants powers to the national supervisor in this regard, the ECB exercises those powers when it comes to mergers of significant banks supervised directly by the ECB.

For example, in Germany, Luxembourg and some other jurisdictions the national supervisor does not have the power to approve mergers. In these cases, the involvement of the ECB is that the transaction is reviewed as part of the ongoing supervision of the institutions involved. However, a merger could trigger a qualifying holdings procedure, which requires the ECB’s approval (see below for more on this). Also, if two or more banks merge into a newly created entity, a new banking licence may become necessary, which means that the ECB would be involved as it grants all banking licences in the euro area.

On the other hand, in Italy, Greece, Slovenia and Belgium for example, the national supervisor has the power to approve mergers or is involved in the approval process. Consequently, if two or more significant banks from these countries decide to merge, the ECB Supervisory Board will assess the impact of the merger on the resulting bank’s profitability, solvency and liquidity and on its organisational structure, as well as its technical capacity to comply with governance requirements (as laid down in the Capital Requirements Regulation and the Capital Requirements Directive).

What is the ECB’s role in bank acquisitions?

The ECB needs to approve every qualifying holding, meaning every acquisition of a participation in a bank that represents 10% or more of the shares and/or voting rights in that bank or crosses other relevant thresholds.

For more on qualifying holdings, read our explainer.

What if the newly formed bank is a banking giant that is too big to fail?

The ECB has no bias against size and does not discourage banks from becoming bigger on principle. Regarding too-big-to-fail, there are internationally agreed standards in place that require large and systemic banks to maintain additional capital buffers and/or loss-absorbing capacities. More specifically, the Financial Stability Board classifies banks according to a specific metric and, as a result, supervisors may request capital add-ons and loss-absorbing capital. The same rules apply to all banks at the global level.

Moreover, all banks, regardless of their size, have to be resolvable at all times. To ensure their resolvability, they need simple legal structures and good resolution plans.

The Single Resolution Board is responsible for the resolvability assessment and for determining the minimum requirement for own funds and eligible liabilities (MREL) banks need to hold.