Why do banks need to hold capital? 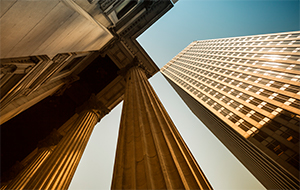 Capital is a key ingredient for safe and sound banks and here is why. Banks take on risks and may suffer losses if the risks materialise. To stay safe and protect people’s deposits, banks have to be able to absorb such losses and keep going in good times and bad. That’s what bank capital is used for.

But how much capital should a bank hold? The answer lies in the risks it takes. The bigger the risks, the more capital it needs. That’s why it’s essential that banks continuously assess the risks they are exposed to and the losses they may incur. Their assessments are checked and challenged by banking supervisors. Supervisors are responsible for monitoring banks’ financial health, and checking their capital levels is an important part of this.

What exactly is bank capital? How does it keep banks safe? And what are the levels of capital banks need to hold?

Put simply, capital is the money that a bank has obtained from its shareholders and other investors and any profit that it has made and not paid out. Consequently, if a bank wants to expand its capital base, it can do so for example by issuing more shares or retaining profits, rather than paying them out as dividends to shareholders.

Overall, every bank has two sources of funds: capital and debt. Debt is the money that it has borrowed from its lenders and will have to pay back. Debt includes among other things deposits from customers, debt securities issued and loans taken out by the bank.

Funds from these two sources are employed by the bank in a number of ways, for example to give loans to customers or to make other investments. These loans and other investments are the bank’s assets, along with funds that are held as cash.

How does capital keep banks safe?

Capital acts like a financial cushion against losses. When, for example, many borrowers are suddenly unable to pay back their loans, or some of the bank’s investments fall in value, the bank will make a loss and without a capital cushion might even go bankrupt. However, if it has a solid capital base, it will use it to absorb the loss and continue to operate and serve its customers.

How much capital do banks need to hold?

In European banking supervision, the capital requirements for a bank consist of three main elements:

First, all banks under European banking supervision have to comply with the European law that sets the minimum total capital requirement (called Pillar 1 requirement) at 8% of banks’ risk-weighted assets. But what are risk-weighted assets? They are the total assets a bank has, multiplied by their respective risk factors (risk weights). Risk factors reflect how risky a certain asset type is perceived to be. The less risky an asset, the lower its risk-weighted asset amount and the less capital a bank needs to hold to cover for it. For example, a mortgage loan that is secured with collateral (a flat or a house) is less risky – has a lower risk factor – than a loan that is unsecured. As a result, a bank needs to hold less capital to cover for such a mortgage loan than it does to cover for an unsecured loan.

Second, there is the additional capital requirement set by supervisors (called the Pillar 2 requirement). This is where European banking supervision comes in. Supervisors from the ECB and the supervisory authorities of participating countries look at individual banks in detail and assess the risks that each of them is exposed to. They do this via an annual Supervisory Review and Evaluation Process (SREP). If the supervisors conclude that the bank’s risks are not sufficiently covered by minimum capital requirements, they ask it to hold additional capital.

Both minimum and additional capital requirements are binding and there are legal consequences if they are not adhered to. These consequences depend on how serious the breach is. The supervisor may, for example, ask the bank to draw up a plan showing how it will restore its compliance with the capital requirements. Or, if the breach is very serious, the bank may lose its banking licence.

The third capital requirement for banks is that they have additional buffers for different purposes (for general conservation of capital and against cyclical and non-cyclical systemic risk).

In addition to these three sets of capital requirements, supervisors expect banks to reserve certain amounts of capital for times of stress (this is called Pillar 2 guidance).

On top of the amounts regulators and supervisors demand, banks are expected to determine themselves how much capital they need to be able to sustainably follow their business models.