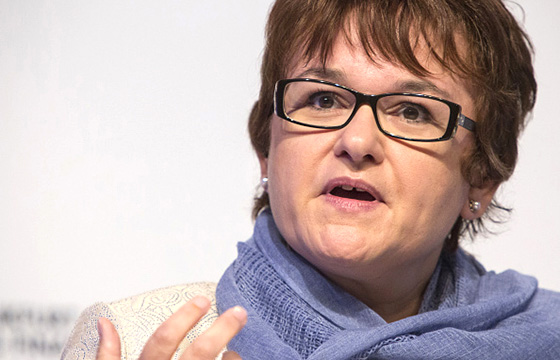 After five years as Vice-Chair of the ECB Supervisory Board, Sabine Lautenschläger talks about surprises during the creation of European banking supervision, challenges such as Brexit and governance, and the need for more harmonised implementation of supervisory rules. 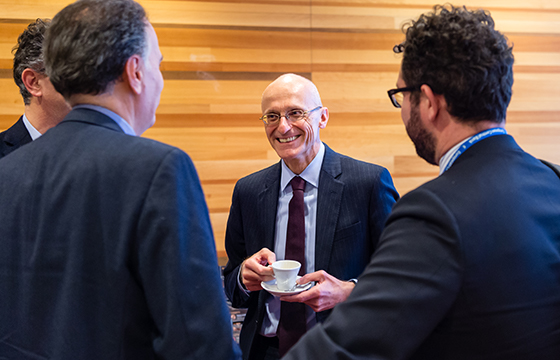 Andrea Enria, Supervisory Board Chair since early January, has dedicated his professional life to promoting European banking integration and will continue to foster robust supervision to help create a truly European banking sector. 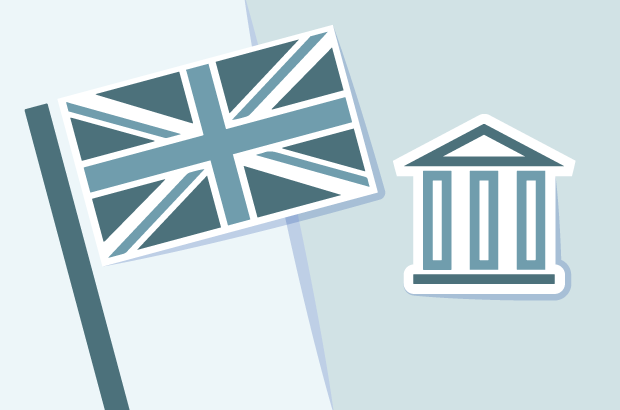 The ECB has assessed the plans for 46 UK branches of 42 euro area banks which intend to continue operations after Brexit, and the overall picture is encouraging. Most banks have almost fully aligned their target operating models with supervisory expectations. 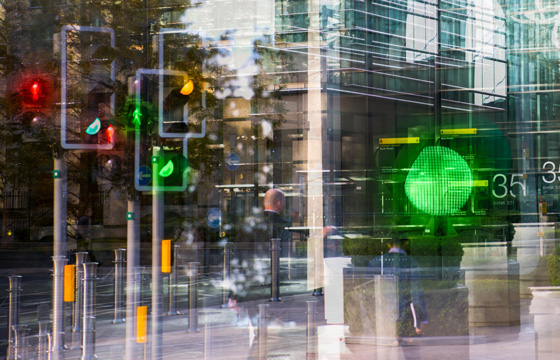 This year, the ECB is testing banks’ resilience to idiosyncratic liquidity shocks over a six-month period. The exercise focuses on the impact, not the causes, of the shocks, which are identical for all banks and disregard any differences in their economic environments. 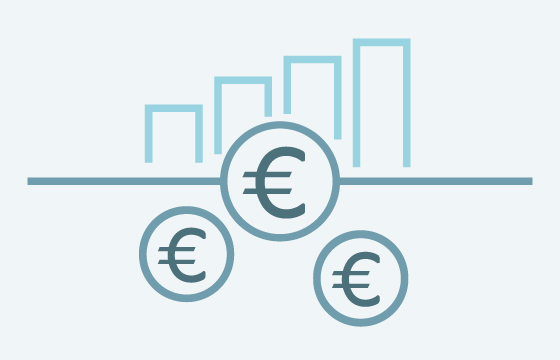 ECB guides to ICAAP and ILAAP

The two internal processes for ensuring that banks identify, effectively manage and cover their capital and liquidity risks at all times – the ICAAP and ILAAP – are key to increasing banks’ resilience. The ECB’s final guides on the two provide detailed principles, explanations and examples. 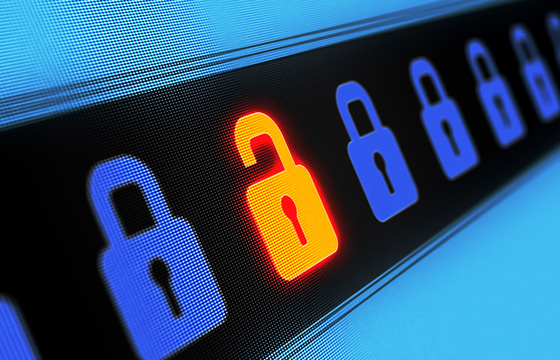 IT and cyber risk

Today’s banks rely heavily on complex IT systems—regardless of their business models. This means that the potential impact of a cyber-attack on banks is significant and ensuring their cyber security is vital. That poses ongoing challenges for banks and supervisors alike. Algorithmic (ALGO) trading, where orders are driven automatically by computer algorithms, has made trading processes more efficient and appealing. But it also entails risks. The rapid expansion of ALGO trading has attracted increased attention from regulators and supervisors. 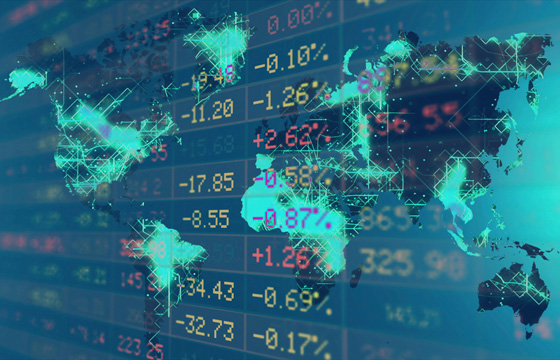 As part of its ongoing efforts to make European banking supervision more transparent, the ECB has added detailed statistics, including on general government exposures, internal ratings-based parameters, and level 1, 2 and 3 assets, to its regularly published supervisory data set. In the third quarter of 2018, the total capital ratio was stable at 17.83% compared with the second quarter of 2018, the non-performing loans ratio was down, at 4.17%, and the liquidity coverage ratio was stable at 140.93%.

…that ECB Banking Supervision launched 269 on-site missions at the directly supervised banks in 2018 to look more closely at specific risk types? The missions focused on inspecting credit, governance, IT, capital and market risks, among others, and included 113 internal model investigations. While most of the missions were led by the inspected bank’s relevant national supervisory authority, 60 were “cross-border” or “mixed-team”, meaning that the head of mission and/or a number of team members came from the ECB or another national supervisory authority. Cross-border and mixed-team missions bring in different perspectives and help make sure on-site inspections are carried out in a more harmonised way across the euro area.

7 March 2019
Andrea Enria at the 4th European banking supervision and European Banking Federation boardroom dialogue
The Supervisory Board Chair will give a keynote speech on European regulatory and supervisory issues and on the priorities for his term in office.
21 March 2019
Annual Report: Publication and hearing
The ECB Annual Report on supervisory activities 2018 will be published. Supervisory Board Chair Andrea Enria will present the report to the Economic and Monetary Affairs Committee (ECON) at the European Parliament.
28-29 March 2019
Research conference on financial intermediation, regulation and economic policy
The ECB is hosting a conference celebrating the 50th anniversary of the Journal of Money, Credit and Banking. The policy keynote speech will be given by Randal K. Quarles, Vice Chairman for Supervision at the US Federal Reserve Board and Chair of the Financial Stability Board.
Programme
11 April 2019
Andrea Enria addresses Institute of International Finance
The Chair will address IIF members in a keynote speech in Washington, D.C. on global banking and regulatory challenges.
3 May 2019
Andrea Enria at the European University Institute’s conference on the State of the Union
The Chair will speak at the conference in Florence with a focus on current supervisory and banking union issues.

17 January 2019
Speech by Sabine Lautenschläger on the future of banking supervision and Brexit
Examines the structural changes that digitalisation and Brexit could bring about for banks and supervisors, explaining how the latter have worked to ensure that banks are prepared for these upcoming challenges.
Speech
17 January 2019
Interview with Sabine Lautenschläger in Politico
Discusses the risks of shadow banking, the need to examine the extent of exposure and interconnectedness in the banking sector, and the establishment of a different reporting method to improve the current set-up.
Interview
9 January 2019
Publication of consolidated Guide to assessments of licence applications
Promotes awareness and enhances transparency of the assessment criteria and processes for establishing a credit institution within the SSM.
Press release
5 January 2019
Interview with Ignazio Angeloni in Il Sole 24 Ore
Explains why early intervention measures were taken to stabilise Banca Carige’s governance and ensure a quick move towards recovery. Also elaborates on growth and financial reform in the euro area.
Interview
12 December 2018
Speech by Pentti Hakkarainen on quality assurance in European banking supervision
Emphasises why quality assurance and auditing are vital components of correct supervision, and how they help to measure success.
Speech
10 December 2018
Statement on SSM risk appetite
Explains that the SSM does not aim to prevent bank failures, but instead seeks to reduce their risks and impact by promoting the sustainability of bank business models with sound risk management and controls.
Read more
26 November 2018
Publication of ECB Regulation on the materiality threshold for credit obligations past due
Sets a single materiality threshold – thereby fostering a harmonised definition of default within the SSM, and improving the comparability of defaulted exposures across significant institutions.
Press release
23 November 2018
Speech by Danièle Nouy on how supervision can help banks prepare for crises
Elaborates on pockets of emerging risks, and how supervisors can point them out to banks. Also details how supervisors can suggest specific actions based on a range of tools, such as stress tests and review processes.
Speech
15 November 2018
Publication of first chapter of guide to internal models
Clarifies the ECB’s understanding of the existing legal framework for the rules on internal models. Also draws on the experience gained in the context of the targeted review of internal models (TRIM).
Press release