Getting prepared for benchmark rate reform 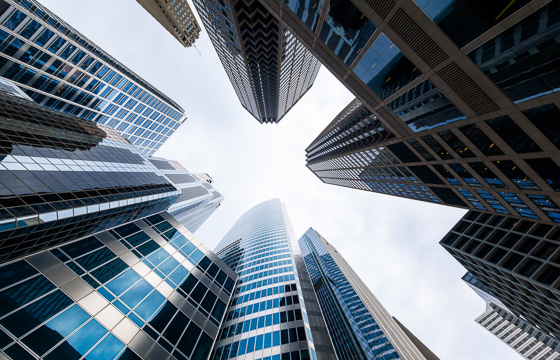 Benchmark rates are regularly updated, publicly accessible interest rates that are often used by banks and other financial institutions in contracts with customers and other counterparties. These rates are calculated by independent bodies, most often to reflect the cost of borrowing in different markets. In the euro area, banks use them as a basis for a wide range of financial contracts, such as mortgages, overdrafts and derivatives. Therefore, benchmark rates play a fundamental role in the financial system, which, in turn, is critical to the functioning of the economy as a whole. In addition, central banks rely on them as an input for their monetary policy decisions.

Since the introduction of the euro, the two most widely used benchmark rates for this currency have been the euro overnight index average (EONIA) and the euro interbank offered rate (EURIBOR). A new overnight rate produced by the ECB, the euro short-term rate (€STR), was published for the first time in October 2019. The €STR uses data provided by a larger number of banks than EONIA and, unlike EONIA, it also looks at bank trades with non-bank financial actors, such as money market funds, investment and pension funds, and central banks.

Following the 2008-09 financial crisis, which led to a significant decline in unsecured interbank market trading, and attempts to manipulate the key benchmark rates that reflected these markets, a global initiative was launched to reform benchmark rates. In the EU, these reforms have mostly been driven by the introduction of the EU Benchmarks Regulation, which came into force in January 2018. Since October 2019 EONIA has been calculated as the €STR plus a spread, and will be formally discontinued on 3 January 2022. EURIBOR has undergone a methodological overhaul and is now calculated using a hybrid approach, which makes use of actual transactions as much as possible, while also relying on expert judgement where these are not available. However, the long-term sustainability of EURIBOR depends on factors such as whether the panel of contributing banks continues to support it and whether or not there is sufficient activity in its underlying market.

To adapt to the reforms, banks will, among other things, need to reconsider, renegotiate and amend – or “repaper” – affected contracts. They will need to agree with counterparties on how to incorporate fall-back language into contracts in the event that EURIBOR becomes unavailable in the future. This is no small task. As at the third quarter of 2019, euro area significant banks had more than 50 million contracts outstanding that referenced EONIA, EURIBOR or LIBOR, with most referencing EURIBOR. Based on reported contracts, the total exposure exceeded €110 trillion, predominantly through derivatives. There are numerous risks associated with implementing the required changes, such as the legal and conduct risk involved in modifying contracts with customers and the operational risk related to the high workload.

Benchmark rates are also widely used in discounting, valuation and risk models, meaning that the reforms will have a number of implications for banks’ accounting and prudential capital positions.

In the second half of 2019 ECB Banking Supervision conducted an assessment of euro area banks’ preparedness for the benchmark rate reforms. The assessment found that banks had focused more on the transition from EONIA to the €STR than on addressing the risks related to a possible future discontinuation of EURIBOR. Another key finding was that, while banks were aware of the potential risks associated with the reforms, they were generally behind schedule in developing and implementing mitigation actions.

To support banks with their preparations, ECB Banking Supervision has published a report setting out good practices for the benchmark rate transition. The good practices cover legal and operational challenges, including contract repapering, fall-back provisions and communication strategy. They also touch on governance, the identification of overarching risks, the formulation of action plans, and ways of identifying the relevant exposures and managing the risks that arise from them. The practices are consistent with good practices observed in documentation submitted by the banks in 2019. However, they are not exhaustive, and banks will need to assess whether to take additional measures given the nature of their exposures. The ECB plans to carry out a follow-up assessment of banks’ preparedness in the coming months.

In July 2020 the European Commission proposed amendments to the EU Benchmarks Regulation. The proposal aims to provide a statutory replacement rate for scenarios in which critical benchmarks cease to exist. Therefore, benchmark users should follow the proposal closely and also take note of the recommendations and best practices issued by industry working groups dealing with benchmark transition and fall-back planning.

It is important that banks take the actions necessary to fully transition to the new benchmark rate regime in a timely manner and to mitigate any related risks. This includes preparing for the potential future unavailability of EURIBOR.