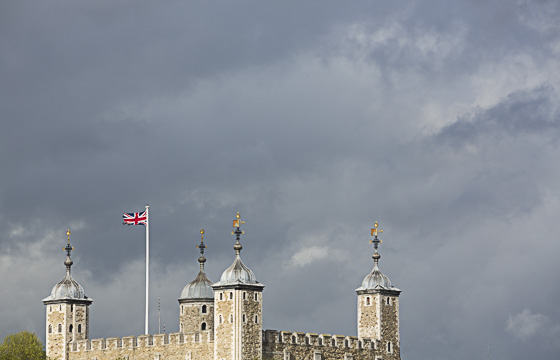 With the European Council’s decision to extend the period for the United Kingdom’s withdrawal from the European Union under Article 50 of the Treaty on European Union, a hard Brexit in mid-April 2019 was averted. However, a no-deal Brexit is still a very real possibility, and could materialise on 1 November 2019. While the risks posed by a no-deal Brexit to overall euro area financial stability would be manageable (as noted in the ECB’s Financial Stability Review in May 2019), the ECB expects banks to continue preparing for all possible contingencies.

So far, banks have transferred significantly fewer activities, critical functions and staff to euro area entities than originally foreseen as part of their plans for Brexit Day 1. The ECB now expects banks to speed up the implementation of their plans. Where contingency plans for a no-deal scenario are not yet fully implemented, banks should step up their preparations to minimise execution risk. They should also address operational challenges associated with transferring staff and clients and setting up the necessary internal processes and systems. Looking ahead, the ECB sees a risk that, as a result of the delays observed, banks will not be able to fully implement their target operating models within the timelines agreed with their supervisors. The ECB expects banks to follow up on agreed commitments, in particular regarding the build-up of local risk management capabilities and governance structures. If plans are only partially implemented, this could have a negative impact on banks’ profitability.

As discussed in a Notice published by the European Commission on 8 February 2018, in the event of a no-deal Brexit Union law would cease to apply to the United Kingdom, which would become a third country. In such a scenario, several of the provisions of the Capital Requirements Regulation and Capital Requirements Directive could apply in a different manner (or not at all), as far as the United Kingdom – or UK-linked exposures or assets – are concerned. Accordingly, the ECB expects banks to be prepared for differences in the application of the prudential provisions after the end of October 2019.

With respect to the continuity of uncleared cross-border derivatives contracts, the private sector has made some progress in addressing the risks associated with the existing stock of contracts. In addition, the contingency measures adopted at the national level in many EU27 Member States and the United Kingdom itself will mitigate cliff-edge and short-term risks for a large share of potentially affected contracts. However, these measures are of a temporary nature and do not replicate passporting rights within the Single Market. As a result, the ECB is encouraging market participants, where necessary, to implement effective mitigating actions, including novations, as soon as possible in order to avoid further delays and continue to reap the benefits of the single market. Banks will also be aware of the European Banking Authority’s communication of December 2018, which called for them to continue engaging with their customers on Brexit-related matters and provide them with adequate information on the risks of a no-deal scenario and on the mitigating measures being taken.

Regarding access to third country financial market infrastructures (FMIs), banks in the euro area are expected to have sufficient onshore capacity (i.e. excluding group entities or branches in third countries) to originate business and access key FMIs on a continuous basis. They should also consider which alternative FMIs would be available if their access to existing FMIs were impeded or the finality of their instruments/settlements could no longer be guaranteed.

As part of the assessment of banks’ Brexit plans, the ECB has identified areas where banks currently fall short of supervisory expectations. Some banks in the euro area still need to continue adjusting their business and booking models in line with their commitments. This includes significantly adjusting the practice of back-branching, i.e. servicing EU clients from branches in the United Kingdom after Brexit, even when there is no local business need for them to do so. In addition, certain banks have yet to align their remote booking practices and back‑to‑back hedging strategies with supervisory expectations. Amendments should be accurately reflected in banks’ booking model policies, which the ECB will continue to monitor closely.