Gearing up to fight money laundering 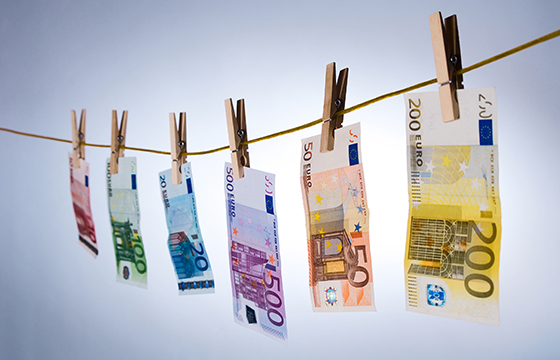 Recent breaches or alleged breaches of anti-money laundering (AML) rules in the banking sector have shown that banks’ involvement in money laundering can pose significant risks to the banks themselves and indeed to their viability. Over the past year, there have been significant initiatives at European Union (EU) level to strengthen the EU-wide framework for anti-money laundering and combating the financing of terrorism (AML/CFT). The EU’s fifth Anti-Money Laundering Directive entered into force on 9 July 2018 and is currently awaiting transposition into national law. In December 2018, the Economic and Financial Affairs Council endorsed an ambitious AML Action Plan to be implemented by the three European supervisory authorities – the European Banking Authority, the European Insurance and Occupational Pensions Authority and the European Securities and Markets Authority – together with the ECB and the national prudential and AML/CFT supervisors.

These initiatives are designed to foster cooperation between the authorities responsible for AML/CFT and prudential supervisors, and to enhance supervisory convergence by providing common guidance on how to include AML/CFT-related aspects in the prudential supervisory process. Although the competency to supervise money laundering and terrorist financing matters and the responsibility to initiate criminal investigations into related allegations remains with the national authorities, the ECB needs to take the related risks into account, as AML/CFT issues may have significant prudential consequences and could even threaten the viability of a supervised bank.

This is further confirmed in the revised Capital Requirements Directive (CRD V), which was adopted by the European Parliament in April. Recital 20 states that “(…) [Together with the authorities responsible for AML/CFT], the competent authorities in charge of authorisation and prudential supervision have an important role to play in identifying and disciplining [AML-related] weaknesses. Therefore, such competent authorities should consistently factor money laundering and terrorist financing concerns into their relevant supervisory activities (…)”.

The ECB is working with the European Banking Authority and with national prudential and AML/CFT supervisors on implementing the new regulatory requirements and the tasks set out in the Council’s AML Action Plan. It is also cooperating with the Basel Committee on Banking Supervision and other international authorities.

The role of the ECB

ECB Banking Supervision has also strengthened its engagement in the AML/CFT area and has set up a new horizontal AML coordination function consisting of a small team with three main responsibilities.

The first is to act as a “central point of contact” for AML/CFT issues related to significant institutions and facilitate information exchange with the AML authorities (including by signing additional memoranda of understanding with non-EU authorities). The second is to set up, in cooperation with the national competent authorities (NCAs), an AML network of prudential supervisors to achieve a consistent system-wide approach for better integrating money laundering/terrorism financing risk into prudential supervision. The third responsibility is to act as an in-house centre of expertise on prudential issues related to AML/CFT.

With this enhanced framework of cooperation, ECB Banking Supervision, together with the NCAs and other EU stakeholders, will be in a better position to factor AML/CFT-related aspects into the prudential supervisory process.

The role of the banks