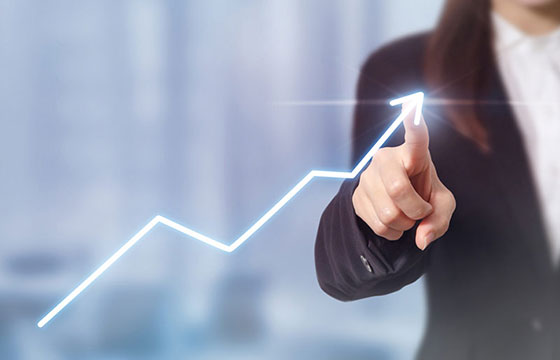 In recent years, many banks in Europe have struggled with low profitability and tried to adjust their business models accordingly. European supervisory authorities have been keeping a close eye on the situation, with the aim of achieving a safe and stable banking sector in Europe. Profitable banks have the opportunity to increase their capital ratios by retaining earnings, are more attractive for investors and have the means to invest in new technologies and sound risk management. Put simply, they tend to be in a better position to provide adequate and sustainable funding to the economy.

ECB Banking Supervision recently concluded its annual survey of significant banks’ profitability forecasts, in which banks are asked about their expectations regarding profitability, income and costs for the coming three years.

In 2017, banks anticipated a gradual improvement. And, on aggregate, they indeed matched their projected profitability, with 107 significant institutions in the sample realising an aggregate return on equity (ROE) of 6.0% against the projected 5.3%. For the coming three years, they expect this trend of slowly growing profitability to continue, with aggregate ROE projected to reach 8.3% by end-2020. However, not all banks are benefitting to the same extent from these improvements: the most profitable banks expect essentially to maintain their current profitability levels, while loss-making banks expect the largest improvements.

On average, banks estimate their cost of equity (COE) as being around 8%. In their current projections many banks expect profits to fall short of their COE in the medium term – a point reflected in relatively low market valuations for most of these banks. At the end of 2017, only a third of significant institutions reporting COE were generating profits higher than their estimated COE. The projected increase in profitability takes this proportion to more than half but, despite the improvement, profitability remains an issue for many directly supervised banks.

Banks expect the current favourable macroeconomic environment to support their profitability. For example, reduced impairment flows are expected to benefit banks that have been burdened by high levels of non-performing loans (NPLs) and have been obliged to complement and reinforce their efforts to reduce their exposure to NPLs. At the same time, however, banks in jurisdictions that on average are already enjoying low levels of problematic loans expect small increases in impairment flows.

Banks also anticipate that economic activity will stimulate the demand for loans and intend to grow their loan portfolio accordingly, in particular to non-financial corporations. Lending margins – the spread between banks’ average lending rates and their funding costs – are expected to be stable. So banks expect their income from lending activities to grow, especially in 2019 and 2020.

In addition, banks plan to continue increasing the share of fee and commission-generated income in their revenue mix. In 2017 banks already increased, by roughly 5%, their revenues related to fee-generating activities: asset management, the distribution of insurance products and banking services such as account and payment services. They expect to keep up that pace in the coming three years.

Costs can also be an important driver for banks’ profitability, first and foremost for those banks undertaking cost-cutting efforts. On aggregate, the picture is balanced between banks reducing their costs and banks investing in IT and digitalisation. Banks’ plans reflect a longer-term trend towards digitalisation, which creates the need for investment in technology and threatens those banks lagging behind. At the same time, however, this trend is accompanied by branch closures, albeit at a moderate speed.

Supervisors will continue to monitor banks’ profitability and business models closely, as recent developments such as looming trade uncertainties and the ongoing uncertainty about Brexit might challenge the positive outlook.