Overall recovery capacity: getting it right 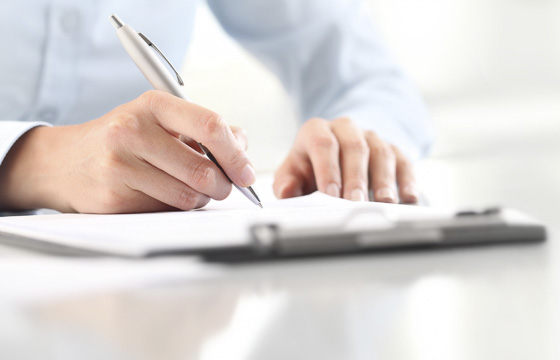 Overall recovery capacity (ORC) is defined as the extent to which a bank could restore its capital and liquidity in exceptional but plausible crisis situations by implementing recovery options. ORC figures are reported in banks’ recovery plans and provide management and supervisors with a good indication of a bank’s resilience. If a bank had no ORC, its recovery plan would be of limited use in a crisis – even if the plan could be considered best practice in terms of governance and escalation procedures. It is therefore crucial that banks perform a realistic calculation of their ORC and report it accurately.

ECB Banking Supervision has observed that many banks tend to overestimate their ORC and therefore their resilience. In July 2018 the ECB published a Report on recovery plans, which included best practices for presenting a credible overview of institutions’ ORC. The report proved helpful for banks and the quality of their recovery plans increased. However, subsequent feedback from banks and supervisors points to a growing need for banks to better understand how the best practices for analysing, calculating and reporting ORC in recovery plans can be applied.

To address this need, in June 2019 ECB Banking Supervision invited more than 180 participants representing 88 significant institutions to Frankfurt to discuss and exchange views on how to improve their ORC calculation and reporting. This was the second recovery planning workshop hosted by the ECB as part of its initiative to share lessons learned and best practices with the industry.

During the workshop, supervisors from the ECB, the Deutsche Bundesbank and the Oesterreichische Nationalbank shared advice on how to produce meaningful ORC figures. They emphasised that recovery capacities should be calculated, in capital terms and/or liquidity terms as appropriate, for each of the crisis scenarios in banks’ recovery plans. The bank’s ORC would then be expressed in the form of two ranges – one for capital recovery capacity and the other for liquidity recovery capacity – between the highest and lowest of these scenario-specific values.

Crucially, for each crisis scenario, whether capital-driven, liquidity‑driven or both, banks should only select and combine recovery options which are deemed credible for implementation in the given scenario. Participants were advised that simply adding together the benefits derived from the full list of potential recovery options would not usually provide an adequate estimation of ORC. Some banks have assumed, for example, that they would sell a certain asset while at the same time securitising that same asset, even though these measures would be mutually exclusive. Elsewhere, banks have assumed they could cancel dividend payments without causing any impact on subsequent capital raising options. When calculating a realistic recovery capacity, banks need to consider mutual exclusivities, interdependencies and other constraining factors. Participants were guided through a case study demonstrating how such considerations might be applied in practice.

Emphasis was also placed on the timing aspect of ORC. A bank that is capable of generating a given amount of ORC faster than another bank can be considered more resilient. So it is crucial for banks to focus not only on ORC figures but also on how quickly they can be achieved.

The last part of the workshop was dedicated to banks’ reporting of ORC data. ECB Banking Supervision has revised the standardised reporting templates which banks submit each year with their recovery plans. The aim was to better enable banks to report their ORC data in a transparent and consistent way, while keeping their reporting burden to a minimum. Participants were provided with examples of how to present ORC calculations and were guided through the different changes to the templates.

In the course of the discussions banks were reminded of the need to include all credible options in their ORC calculations, even if only a subset of these options was required for them to recover from a given crisis scenario. They were also reminded of the importance of ensuring that the scenarios used to test the options were severe enough to allow for comparative analyses of ORC across banks. The workshop was highly interactive, with feedback confirming that the concept and importance of ORC were better understood and that the issues ECB Banking Supervision had identified as requiring further clarification were the same as those identified by the industry. The best practices and examples shared should provide banks with powerful tools to improve the estimation of their resilience in crisis situations.