Taking the pulse of small and medium-sized banks in Europe 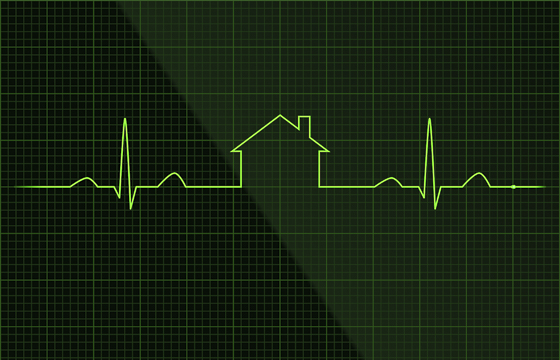 Less significant institutions are small and medium-sized banks that are directly supervised by the national supervisory authorities, under the oversight of the ECB. There are around 2,400 such institutions across the euro area. They account for nearly 20% of the euro area banking sector by assets, making them a substantial component of the European financial sector. ECB Banking Supervision and the national competent authorities have performed a comprehensive analysis of these banks, looking at developments in the banking sector and banks’ main risks and vulnerabilities.

The number of less significant institutions has been declining as a result of large-scale mergers, following the restructuring of the cooperative sector in Italy, for example, and organic mergers, mostly in Germany and Austria. Since the beginning of European banking supervision in 2014, over 600 banks have either been acquired or have merged.

Less significant institutions are responding to their shrinking income by trying to keep costs under control. In particular, staff expenses and other administrative expenses, which grew by 2-3% every year from 2015 to 2017, remained stable over 2018. Nevertheless, the cost-to-income ratio of these banks, which stands at 73%, remains consistently higher than that for the rest of the banking system.

It is worth noting that less significant institutions are also gradually moving towards digitalisation. In fact, some are digital-only, i.e. they are stand-alone banks that rely exclusively on digital technologies to interact with their customers. These banks are highly diverse in terms of business model and profitability, and are typically very small, but fast-growing. More specialised digital-only banks (focusing, for example, on payment system activities) are very profitable, while those undertaking purely retail-oriented activities are currently less so. Notably, their margins are squeezed both by low interest revenues from their assets (often central bank deposits or very liquid securities) and by the need to offer competitive prices on their services to lure in customers from established banks. Maintaining spending on IT and marketing also puts a strain on their finances.

The asset quality of less significant institutions has improved but remains a concern in some cases. In recent years relatively strong lending growth (averaging 4-5% per year) and a more active management of non-performing loans (NPLs) have further pushed down the NPL ratio of less significant institutions, which fell from 3.3% in 2017 to 2.7% in 2018. Nonetheless, there are still many banks – approximately 300 institutions, accounting for around 10% of the sector’s total assets – with NPL ratios above 5%. These banks require greater scrutiny from supervisors, including close monitoring of their adherence to credible NPL reduction plans.

In addition, exposures to sovereign counterparties account for a substantial part of less significant institutions’ balance sheets. Over 10% of their assets consist of exposures to governments (around €500 billion in total), with significant variation across countries. Furthermore, over 80% of such exposures are towards domestic counterparties, with the local sovereign debt market representing an investment alternative for excess funds. This can be partly explained by the domestic market focus of less significant institutions. However, in some cases the share of sovereign domestic exposure is very high: for around 140 banks, over 20% of total assets are exposures to domestic governments.

Thanks to abundant deposits, less significant institutions enjoy a comfortable liquidity position: they report ample liquidity buffers and comfortably meet regulatory liquidity requirements such as the liquidity coverage ratio. Nonetheless, increasing maturity mismatches on balance sheets could be a source of vulnerability in the future.

As for their capitalisation, less significant institutions are doing well, with capital levels at the end of 2018 on average comfortably above minimum requirements. These banks have an average Common Equity Tier 1 (CET1) ratio of 17%, consolidating the stable growth seen over the previous three years. Excess CET1 capital (i.e. CET1 capital above minimum requirements excluding transitional provisions) is, on average, between 3% and 6% of less significant institutions’ total risk exposure amount.