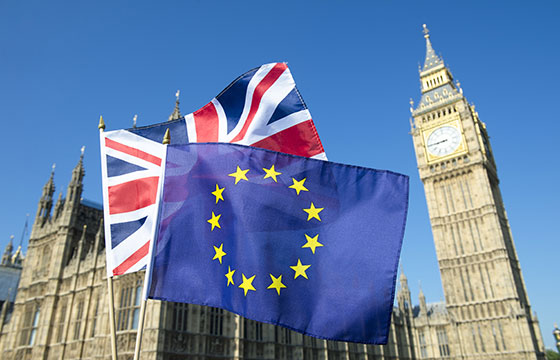 More than two years have passed since the United Kingdom (UK) voted to leave the European Union (EU) and the time left for banks to prepare for Brexit is limited. ECB Banking Supervision and national supervisors have taken various measures to raise awareness and engage with banks to enable a smooth process for them. At the core of this is the ECB’s communication to both incoming and outgoing banks to prepare for all contingencies – including a no-deal scenario – and to counter the idea floated by several banks of setting up “empty shell” institutions. The ECB has informed banks of its expectation that they submit their Brexit plans and their applications for authorisation as credit institutions operating in euro area countries by the end of the second quarter of 2018, at the latest.

When looking at the action taken by banks so far, the ECB sees that most have indeed submitted their licence applications and Brexit plans. A smaller number of banks with limited activities in the EU have not yet done so and other banks have not yet made their final decisions. They lack detailed plans about their future set-up in the euro area, or have not shown sufficient progress in their relocation activities. This approach raises concerns as time is limited and the uncertainty over reaching a final political agreement remains. In the possible absence of a Withdrawal Agreement ratified on time by both parties, banks should be prepared for all contingencies, including the possibility of there being no transition period but rather an abrupt end to the UK’s access to the EU single market.

Even if an agreement is reached, the UK’s relationship with the EU will no longer be that of a Member State. This is especially relevant given the UK government’s current stance, i.e. that it does not expect to retain the current levels of access to the EU’s market for services (see the UK’s White Paper from July 2018 “The future relationship between the United Kingdom and the European Union”). For that reason, all banks affected by Brexit should act before March 2019 to mitigate the risk associated with losing access to the EU single market. Action to be taken includes, for example, the relocation and recruitment of key staff; the on-boarding of clients, including the amendment or replacement of contracts; and the establishment of infrastructure such as information technology, financial market infrastructure access, and real estate. Banks should not expect public sector solutions to help them with the challenges they are facing. As communicated before, banks may use a limited and clearly defined build-up period to meet certain supervisory expectations if this has been previously agreed with the ECB and national supervisors. However, this does not affect the requirement that core capabilities need to be located in the euro area from day one (30 March 2019) and that the build-up to the target operating model needs to be finalised in good time, consistent with supervisory expectations.

On the supervisory side, the ECB and national supervisors have continued their dialogue with the banks in scope and – where applicable – with their home supervisors in third countries. Supervisors are thoroughly assessing both incoming banks’ Brexit plans and their licensing applications. This process includes horizontal analyses and benchmarking to ensure consistency and a level playing field. Banks which have not yet contacted the ECB or national supervisors but hold passporting rights for the euro area have themselves been contacted, as part of a final effort from the supervisory side to raise awareness of the potential loss of their “EU passports”. The ECB assumes that banks which have not responded have no need for authorisations or plan to cease their business in the euro area. As previously stressed, banks which apply only now cannot assume that they will receive authorisation in time.

The ECB has recently published more detailed information on the booking model expectations (see presentation on supervisory expectations on booking models), following previous interactions such as workshops for the banks concerned. Furthermore, the recently published revised methodology for the comprehensive assessment will be relevant for banks whose status will change to “significant” following the transfer of assets. The ECB has also recruited additional staff members to form part of the joint supervisory teams for those incoming banks that will fall under its direct supervision.

The ECB will continue to closely follow banks’ preparations and will counter any effort by them to establish empty shells in the euro area. Supervisors have made effective use of the time since the UK decided to leave the EU and continue in their preparations for the post-Brexit era. Now it is up to the banks to speed up their work and complete their preparations during the final count-down to Brexit.